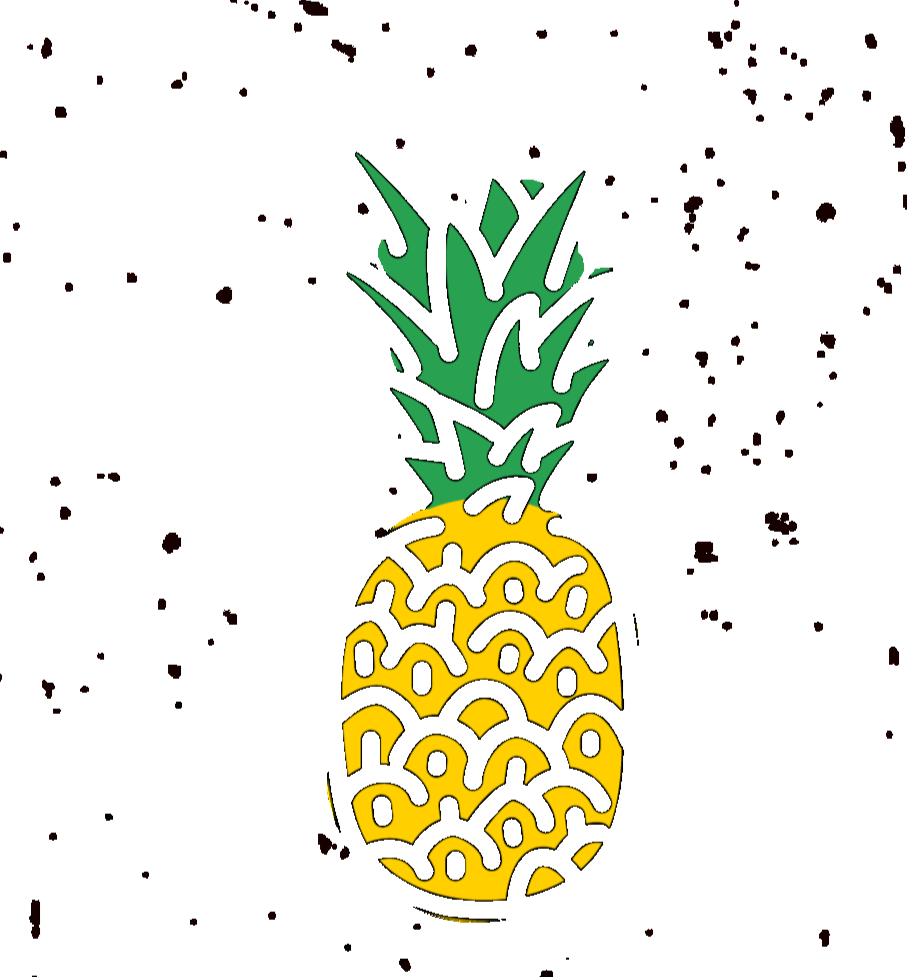 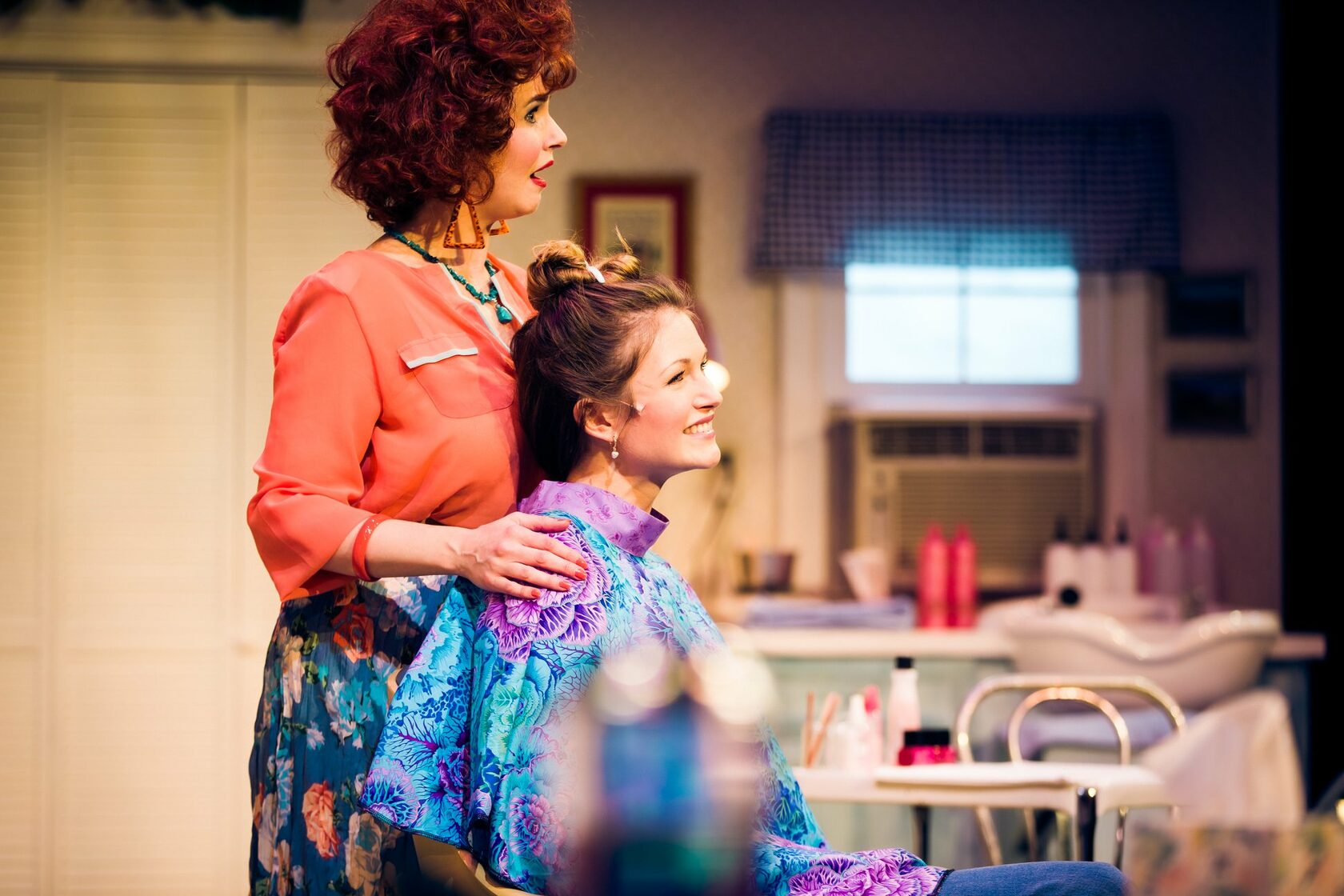 Steel Magnolias is a story about community, friendship, and above all else: powerful women. Between the director and the design team, we all worked together to make sure this production was not a museum piece. Even though the story is taking place in the 80s, it is still a very relevant story that celebrates women. These characters and their story are still something that I believe anyone can pull something from. For my sound design, I wanted to help enhance and add to the story, and not overwhelm the world with sound because I wanted the voices of the characters to stand out the most. The play looks and sounds like the 80s, but is still grounded in realism.

One of the main focuses on sound was the radio. We heavily curated what sounds we wanted to come from the radio as it contains such heavy symbolism and represents Shelby. The hardest part was finding songs to play over the airwaves that did not seem out of place for the scene or the time period. For example, in the one scene Annelle starts to become very religious, I picked "Heaven is a Place on Earth" to play in the background on the radio.

Shelby's Radio
The radio stands as a symbol for Shelby, especially at the end of the play. We curated the songs to fit the mood, so when the tone was upbeat and positive, we had songs such as "Walking on Sunshine" playing underneath the scene. Near the end of the play, when the tone is more somber, "Take My Breath Away" played from the radio. The script also called for a specific
Photo: MA2LA 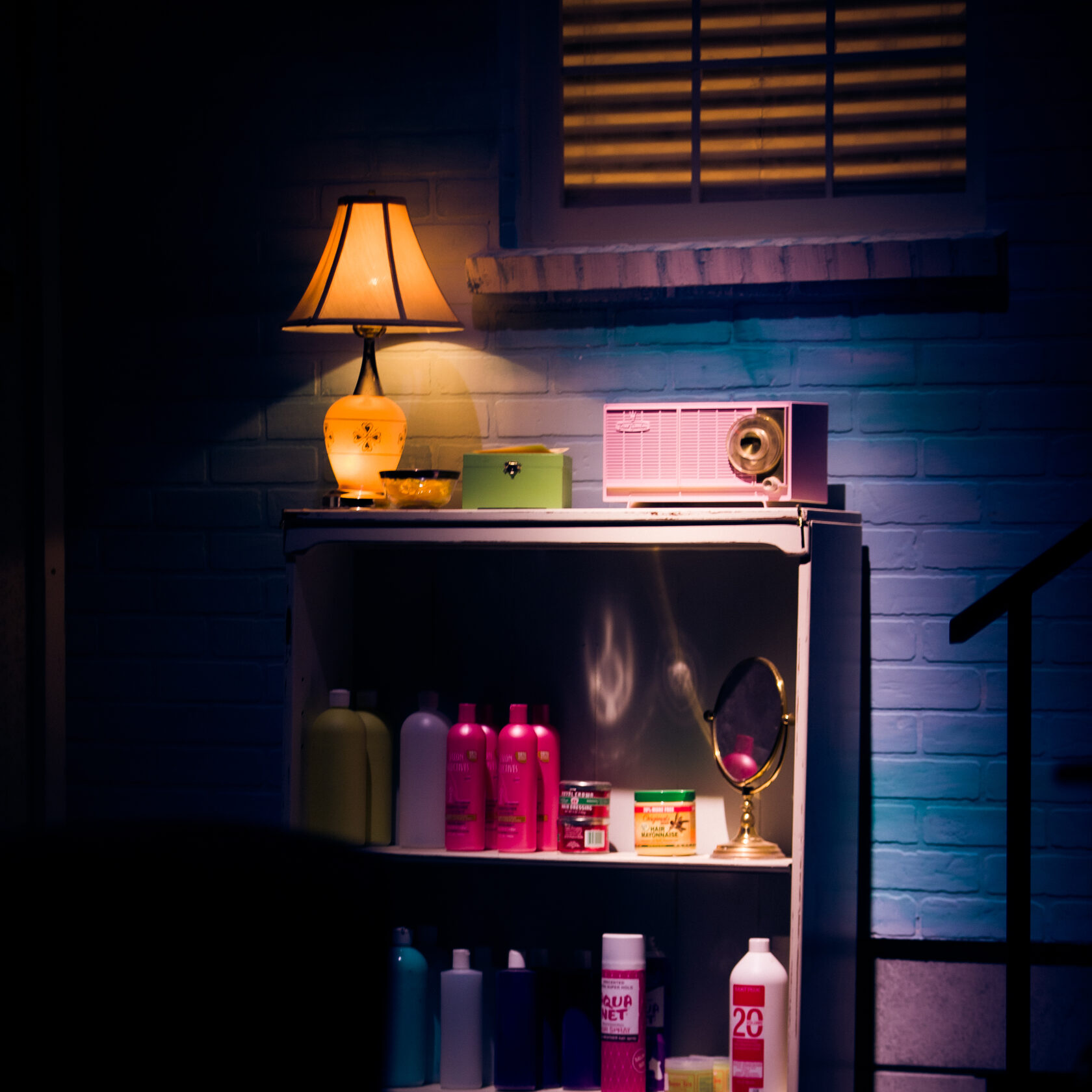 Radio Recording
There are two instances where there is a DJ speaking on the radio announcing local sports news and town activities. It really helps show the passage of time in the outside world while everything in the salon stays the same. Since these were so specific, we had a friend of the artistic director come in to record these parts. I recorded them on an AKG Perception 420 microphone and then edited to sound like an actual radio station.
Photo: MA2LA 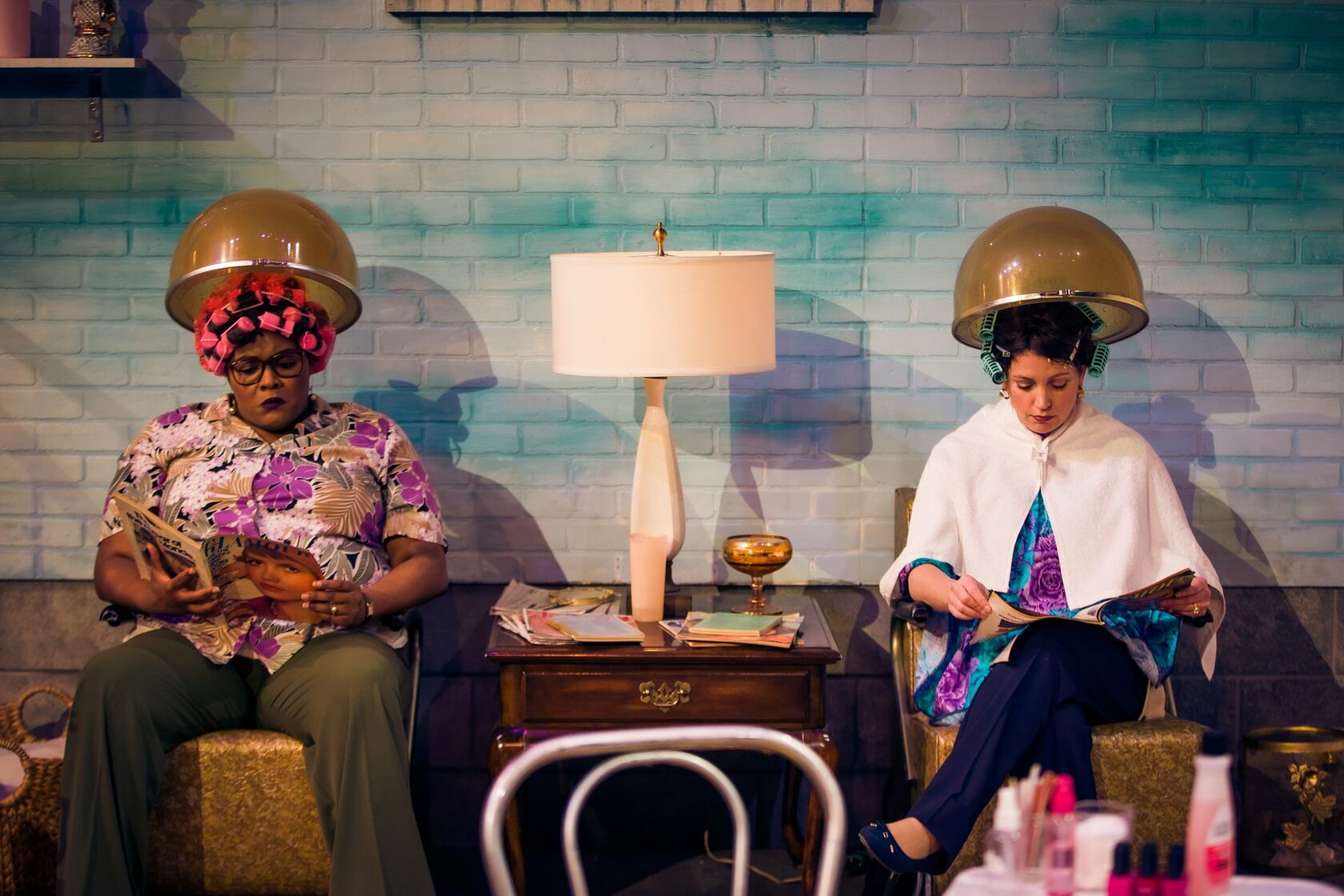 Throughout the first scene of the play, there are many gun shots and dog barks that could be heard outside Truvy's Salon. I individually edited the dog barks and gun shots together to create my own unique scenario and to avoid the sounds being too repetitive. I also aimed for the sounds to become more agitated in nature as the scene goes on to show the rising conflict going on outside the beauty shop. To achieve the effect of these sound effects coming from through a building, I achieved this all through speaker placement and a little EQ tweaks. We routed these effects through a speaker backstage and pointed it at the wall and behind the curtain. While cutting some of the high frequencies and boosting the lows and mids, it sounded just close enough you could feel the gunshots but still far enough away that it was clear that the sounds were not in the shop.
Photo: MA2LA 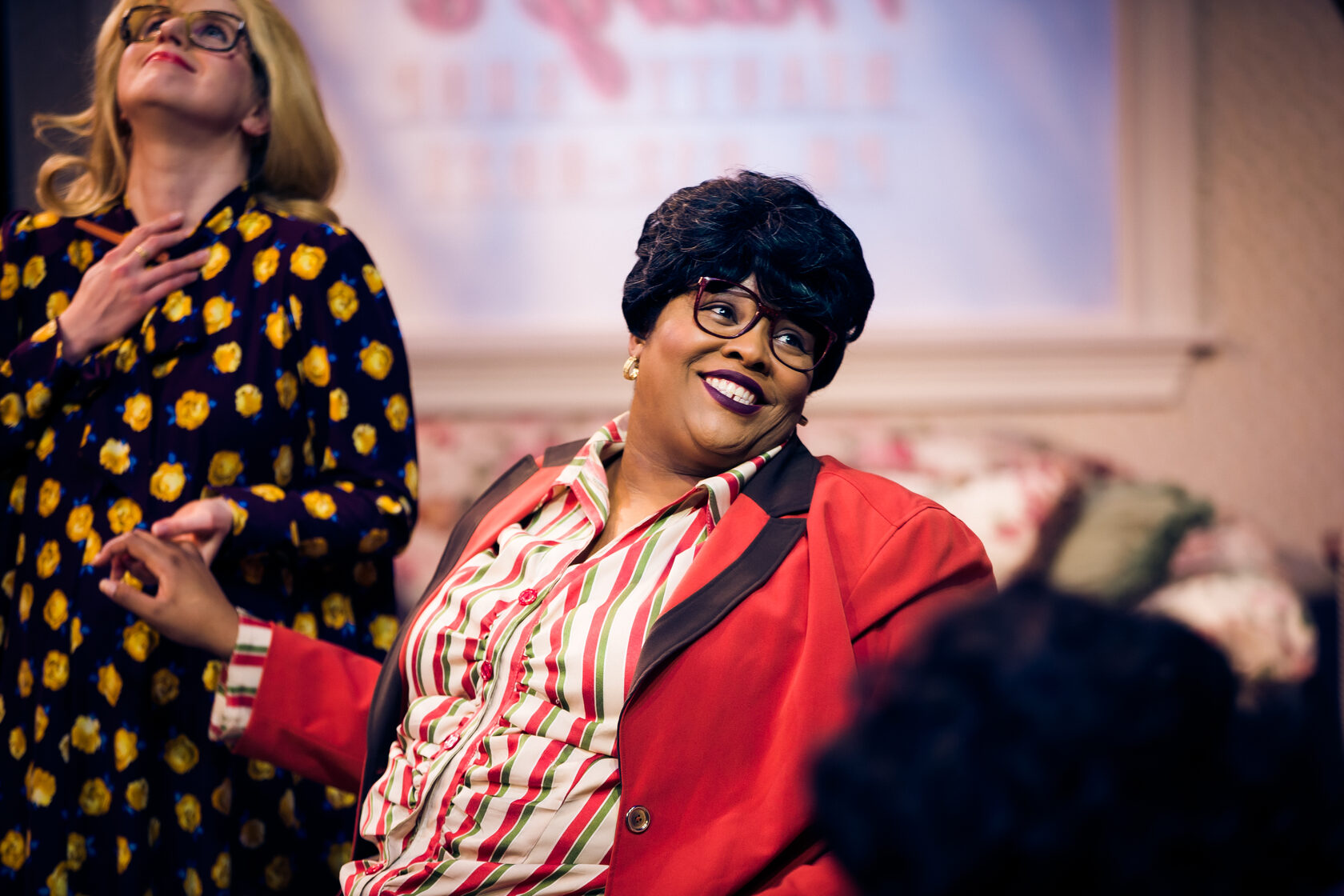